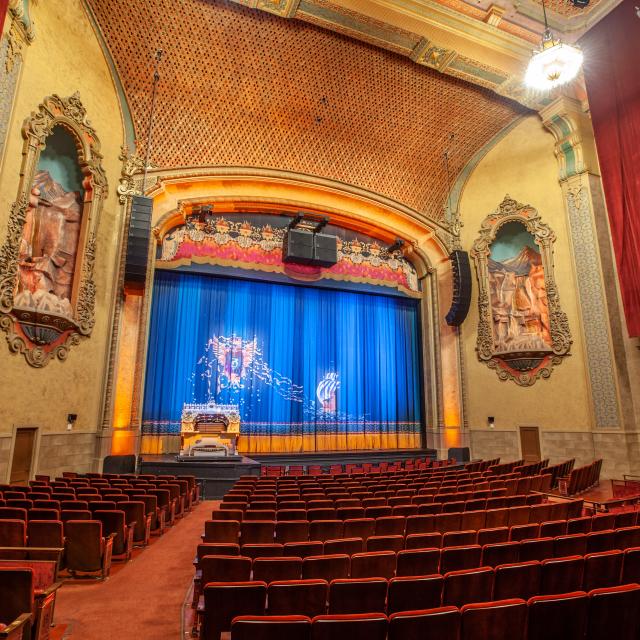 OH! Stands for "Open House," a three-day celebration and public education program with the mission to educate and engage the public about the best of the San Diego's architecture, urban design, and built environment.

The Civic and Balboa tours – with their rich civic and architectural history - are being opened up for tours on one-day only: Saturday, March 7. Staff members from San Diego Theatres will lead the public on free, 30-minute tours. The tours available are at: 10am, 11am, Noon and 1pm. Registration is required.

The tours will include architectural highlights of the Civic Theatre, San Diego's largest indoor performance venue, as well as the Balboa Theatre, a designated historic landmark.

The Balboa Theatre will celebrate its 96th anniversary in late March.

The Civic Theatre is celebrating its 55th year of operation. It first opened its doors in January 1965.

"Our goal with these tours is to showcase these cultural gems in the heart of downtown San Diego," said Carol Wallace, President & CEO of San Diego Theatres. "Our team is excited to be able to lead members of the community on tours to experience the theaters in a whole new way.

"Our goal with these tours is to showcase these cultural gems in the heart of downtown San Diego.

Tours will include details from the original construction of the Balboa to key highlights from its renovation in 2008. At the Civic, guests will learn all the intricate details about the iconic Chandelier in the Grand Salon and be able to walk on stage.

Open House San Diego was founded in 2012 by Susanne Friestedt, UCA. She calls herself an "Urban Change Agent."

"I'm a third-generation San Diegan, and I had been looking for a way to give back to my City," she said. "I learned about the Open House Worldwide program and immediately knew I wanted to apply it here in San Diego. All the buildings we're featuring make up the DNA of our city. We take great care to hand-pick the best of the best in this program. Theatres are a big part of the cultural heart and history of San Diego."

San Diego Theatres is a non-profit organization that manages, markets and operates the Civic and Balboa Theatres. These free tours helps the Theatres fulfill its mission of delivering exceptional performing arts and education experiences for the community to enjoy.

📷 Photos are encouraged during your tour, as OH! San Diego organizes a photo contest!