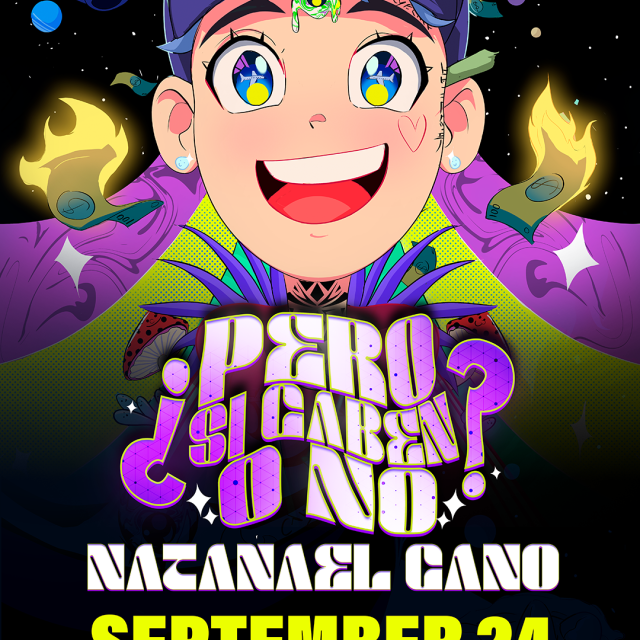 Venue
Civic Theatre
Masks
Masks are recommended but not required
Pricing
Tickets start at $49.50 (includes a $3.50 Facility Restoration Fee)
Run Time
TBA
Children
All ages must have own ticket
On Sale
Public on Sale begins Thu, Jun 30, 2022 @ 10:00A

Representing the new wave of Regional Mexican music and most importantly the cultural-specific style of corridos tumbados is Natanael Cano. In the past few years since his debut, the top-charting singer, composer, and guitarist has spearheaded a rebirth in corridos — modernizing the sound and co-creating the trap-influenced sub-genre primarily known as corridos tumbados — becoming 2020’s third most-consumed Latin artist in the U.S while doing so.  With impeccable voice projections, an ear for emotionally-charged riffs, as well as sharp lyrics, his artistry and music assembled thus far has created a legendary career that transcends fan bases and singular genres.  With poetic storytelling; corridos was an inevitable influence on the singer.  As his teen years approached, he grew fond of diasporic genres like hip hop and reggaeton.  He officially picked up the pen at 17, creating his self-released single “El De Los Lentes Gucci” leading the way for tracks “El F1" and "El Drip” throughout 2018.  Amassing tens of millions of views, his organic virality scored the artist his first record deal at 18.  His 2019 release Corridos Tumbados, debuted on Billboard’s Top 200 and peaked at No. 4 on Top Latin Albums chart.  “Soy El Diablo” Remix featuring Bad Bunny hit No. 16 on Billboard's Hot Latin Songs and went on to be one of his most streamed songs to date.  Though his artistry is still in its infancy, Natanael Cano's contributions to Latin music have enhanced the cultural significance of corridos.